The Crow Wing Trail passes through the municipalities of Emerson-Franklin, De Salaberry, and Ritchot; the Village of St. Pierre-Jolys; the Town of Niverville; and the Roseau River First Nation. The trail was initially established in the 1800’s as a route to transport goods to and from the Red River Settlement on the Red River and the Crow Wing Settlement on the Mississippi River. Today the trail has been revived as a recreational trail. This region was once the bottom of the ancient glacial Lake Agassiz that formed after the last ice age. As it drained north, the lake left silt and sediment that became the base of the fertile land of the Tall Grass Prairie: a vast sea of wildflowers and grasses.

Today the region is highly productive agricultural land with remnants of Tall Grass species found along the trail. The little relief found on the plain comes from the Red River that flows north on the prairie’s eastern edge. The Trail crosses the prairie along the international border and the eastern side of the Red River. The Crow Wing Trail offers various hiking loops, each providing a unique experience to trail users; hiking loop details can be obtained from their website.

When following roadways, trail users should always remain on the shoulder (may not be paved). It is recommended that you only use roadways during daylight hours and under appropriate weather conditions. 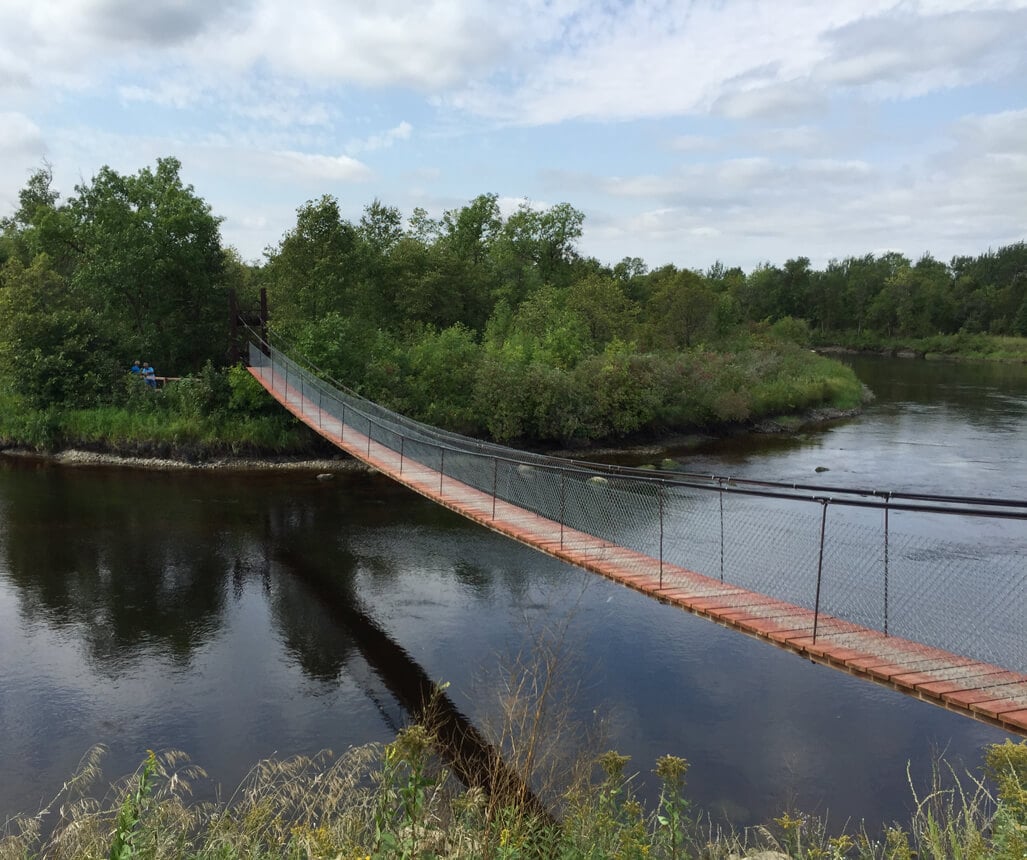